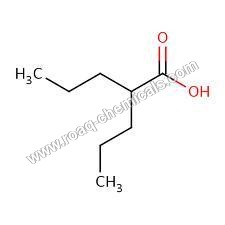 Since our inception in the year 1989, we have been engrossed in providing the pristine grade Valproic Acid BP. This acid is formulated using top quality chemical compounds by our dexterous professionals at our advanced production unit. Offered acid is very effective in the treatment of partial, generalized and absence seizures. Additionally, this acid is used for curing migraine headaches. This Valproic Acid BP can be availed from us at nominal prices.

With the dedication and hard work of our team of seasoned professionals, we have a carved a niche in this domain by offering industry grade Valproic Acid BP globally. The worth of this drug was been discovered while it was being used for carrying other compounds as a carrier. Further, this drug is used for treating and curing epileptic seizures following to their patterns. We formulate this drug in compliance with the set industry norms under utmost hygienic conditions. Our esteemed patrons can avail the offered Valproic Acid BP at market leading prices.

Drug Interactions. Valproate primarily inhibits the metabolism of drugs that are substrates for CYP2C9. Valproate also inhibits UGT and thus inhibits the metabolism of lamotrigine. A high proportion of valproate is bound to albumin, and the high molar concentrations of valproate in the clinical setting result in valproate's displacing phenytoin and other drugs from albumin. With respect to phenytoin in particular, valproate's inhibition of the drug's metabolism is exacerbated by displacement of phenytoin from albumin. The concurrent administration of valproate and has been associated with the development of absence status epilepticus; however, this complication appears to be rare. 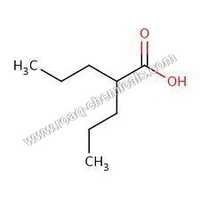